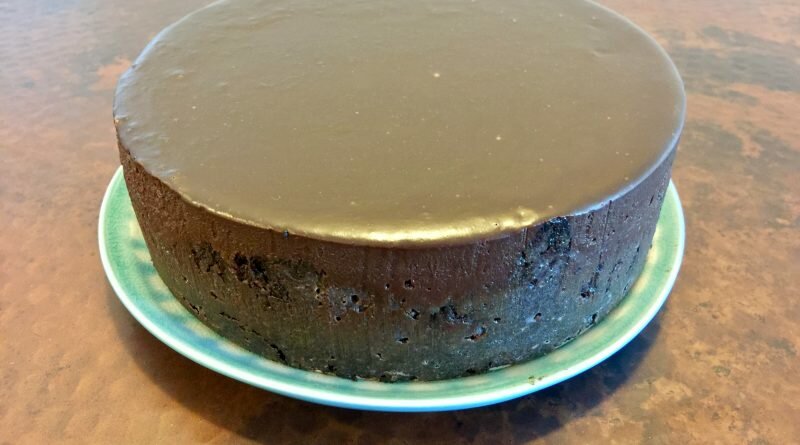 As I’ve mentioned before, I’m a big fan of Instant Pot cheesecake, particularly if there’s chocolate involved. Well, this recipe for Triple Chocolate Cheesecake from Serena Lissy turned out amazingly well. The term nomalicious comes to mind, even! I also made it gluten free, for those who are concerned about that sort of thing.

I’ve made a number of different Instant Pot cheesecake recipes, and this one came out the best by far. Not just because it’s loaded with chocolaty goodness, but also because the filling was awesomely creamy. I attribute this to the inclusion of sour cream in the filling, which is absent from many other cheesecake recipes.

For those who are interested in making this recipe gluten free, I simply substituted gluten free general purpose flour for what’s called for in the recipe to go into the filling, and made the crust from Glutino Vanilla Creme Cookies that are Oreo clones. The funny thing was that the recipe calls for 20 cookies, and there were exactly 20 in the Glutino package (which meant that I couldn’t pilfer any, drat it all).

While the recipe calls for mixing the ingredients with a food processor, I’m sort of old-fashioned when it comes to cheesecakes and just used a fork to smoosh everything up with and a wooden spoon to clear the sides of the mixing bowl. There’s actually a good reason to take a little care when mixing: when you add the eggs, you want to mix them in just enough to make a consistent mixture.

The pan I used was the Fat Daddio 7-inch by 3-inch push pan, with butter smeared on the bottom and sides (I don’t particularly care for non-stick spray).

So, definitely give this recipe a try if you love chocolate, cheesecake, or any combination thereof!

How To Slice Cheesecake – Sheer Genius