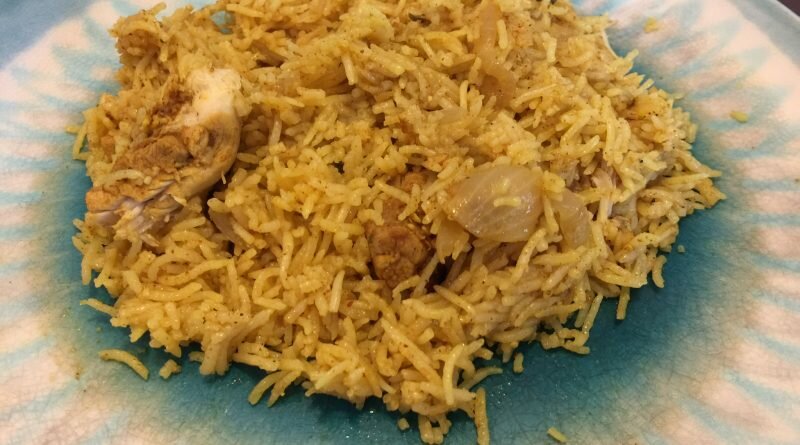 My wife and I love Indian cuisine, and one of our favorites is Chicken Biryani. If you’re not familiar with it, it’s a dish that combines chicken, basmati rice, onions, and a variety of spices into a “one pot meal” that is absolutely delectable and gluten free.

Now, as with most of the things that I cook in the Instant Pot, the original recipe is not my own, but was created by the wonderful Archana of MinistryOfCurry.com. She’s come up with some really amazing Indian cuisine recipes tailored for the Instant Pot, so make sure you check out her site!

Archana’s original Chicken Biryani recipe is here, and below are the specific modifications I made (with links to some of the ingredients I use):

To prepare the Chicken Biryani, follow Archana’s recipe as you normally would after substituting the ingredients, with the following exceptions: